A collaboration of like-minded producers who share a common vision of creating wines from specific vineyard sites across the Cape Winelands. The focus is on crafting wines which reveal the typicity of each site, rather than the simple manufacturing of commercial styles. Wines are exclusively produced from:

NO Wine of Origin Western Cape, Coastal Region or Cape Town will form part of our project. 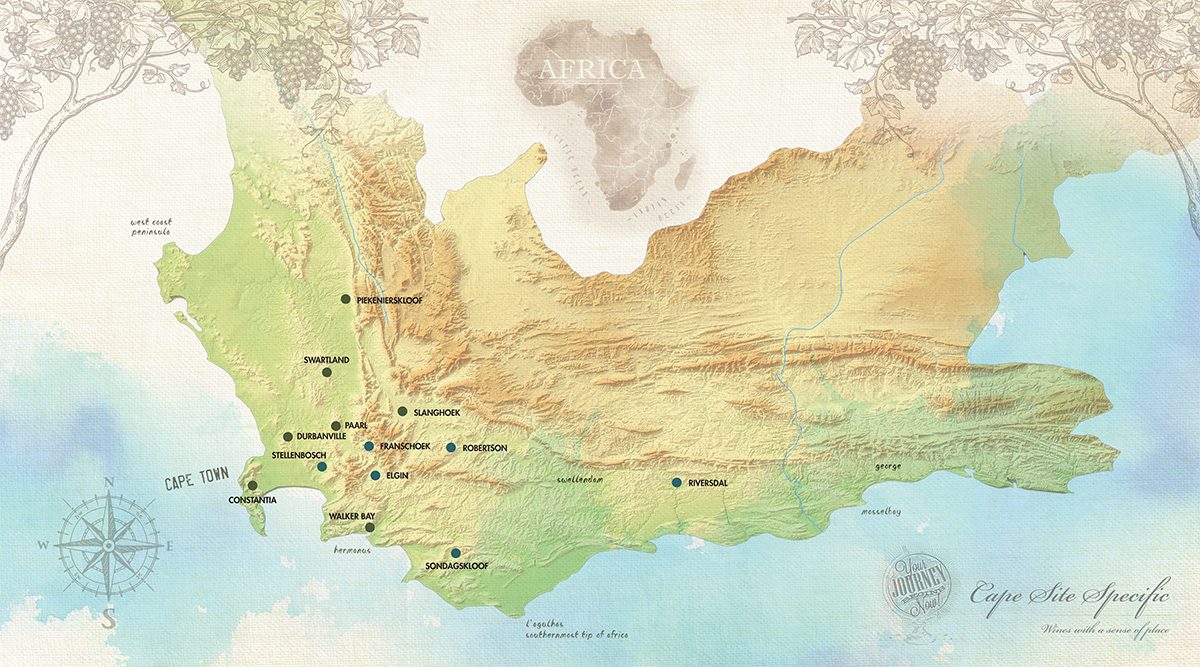 The collaboration was launched at Cape Wine 2018 and our members consist of independent winemakers, privately owned wineries and generational family estates from across the Cape Winelands. We believe that through this collaboration we can educate, inform and change perceptions of the national and international Trade, Media and consumers on the significance of our diversity within our respective appellations.

The foundation of any wine is influenced by TERROIR. We believe in wines with a fingerprint, with an identity and a sense of place rather than a manufactured style. Three pillars of Terroir are less influenced by the human element i.e Soil, Climate and Location. The fourth, which is generally referred to as the human factor or winemaker influence, definitely plays a large part in the outcome of a wine. However, it is our belief and understanding that the winemakers respect to the vineyards and its terroir is much more important than the influence of the human hand in the cellar.

We use the South African Wine of Origin scheme to classify the various appellations and wines. It is a very strict and well audited system which everyone has to comply with and is built on much of the Old World’s appellation systems.

WHY is it important?

In an extremely cluttered world of brands, products and less authenticity it has become more important to find the USP that makes you stand out and endorses your story. The beauty of site specific wines around the world is that it cannot be copied because of the emphasis on terroir. The South African Wine Industry has had a wonderful period of growth in the past 25 years and it is time to start telling the stories of our amazing diversity in appellations.

The collaboration creates a united front as we all endorse one another. We are there to assist and help grow each other’s business both locally and abroad through sharing opportunities and relationships.